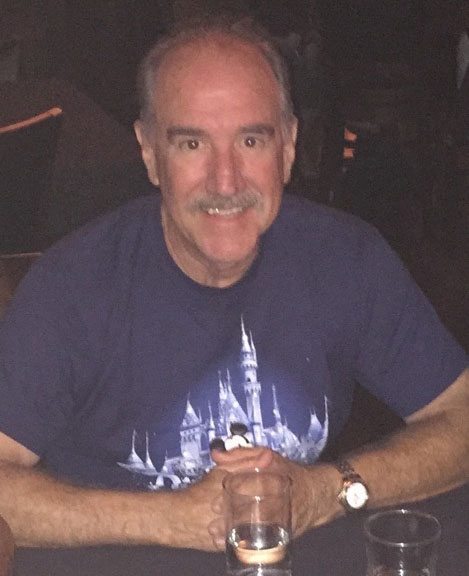 Around 1964-65, I played drums in a band called “Jimmie B & The Dynamics.” The group consisted of trumpet, trombone, sax, guitar, bass, drums and vocalist Jimmie Bojorquez. We were a R&B/soul band doing James Brown, Wilson Pickett, Otis Redding, that kind of thing.

Jim and I got in contact with a booking agent named Jean Cory. We set up a place and time to meet and took a city bus that brought us to a shopping center on McKee Road in East San Jose, where Jean was there to see a band play on a flat bed truck trailer. This group would eventually become Jimmy Nite & the Nitecaps.

When the performance was over, Jim Bruno, Johnny Diaz, Jimmie Bojorquez and I got into the back of Jean’s panel truck and she gave us a ride to our destinations. Eventually, Jim Bruno and Johnny came to see The Dynamics and wanted to do the kind of music we were playing. They asked me to help them so I went to their rehearsals and arranged the horn section and got the group moving in the right direction. This opened the door for me as arranging and harmony was a gift I enjoyed. This also got the Nitecaps gigs playing all over town and winning a lot of battle of the bands contests.

One of the band battles they won was at the Wutzit (Santa Clara Youth Village). Part of the grand prize was a recording session. I was asked to write a song for them and that song, “Now That You’re Back,” was the tune on the group’s first 45. The flip side was “Something You Got,” which I also arranged.

The Nitecaps were finalists in the Teenage World’s Fair at The Cow Palace in South San Francisco. As a loyal supporter, I joined Jim and the boys to cheer them on. The Martin brothers were missing due to an unforeseen issue that left the band without a trumpet and bass. They asked if I would sub and play bass. They had all the uniforms and instruments and I got through it all somehow. The end result was that Jimmy Nite & The Nitecaps won the grand prize! Not only for their music, but the showmanship was always outstanding!

A lot of us are still in contact and share the many stories of the past. This is a special memory for me, as I continue the relationship with the many of my past and current musicians.

Thank You for all the Love…Dave Daly

Dave Daly truly does deserve a mention as a mentor friend and battle of the bands savior.

When you’re a kid growing up and you’re in the music world, there are always some kids who are just a little bit older than you that you look up to. Dave was about 3 or 4 years older than most of us in the band. He and our drummer, John Diaz, crossed paths and became great friends.

I met Dave through our booking agent Jean Cory. We were out playing one of our many pre-fair shows – this particular show was on a flatbed truck – and after the show was over, these two guys were standing over by Jean’s panel truck. Johnny, I and these two guys all jumped into the back of the panel truck to get a ride home. Those two guys were Dave Daly and Jimmie Bojorquez, who was the lead singer of Dave’s band “Jimmie B & The Dynamics.” I hadn’t yet seen their group, but when I did, I highly respected they were doing – that type of music and type of show really appealed to me. Meeting Dave was as simple as that, and we all became great friends. 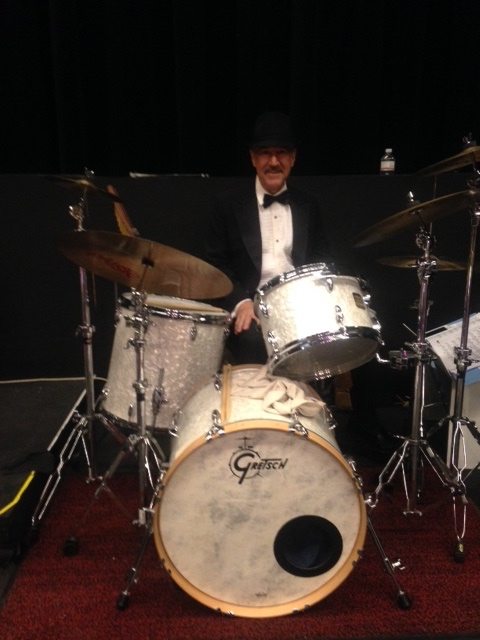 Dave on the Drums

Dave was older and could drive and he introduced both Johnny and I to the music of James Brown. He told us about this great singer who had an amazing band, and we all went to see him at San Jose Civic Auditorium. The combination of seeing James Brown’s band and Dave’s band totally sold me on soul music, and surf music was about to take second fiddle to creating a band with a keyboard player and a horn section.

Dave came from a musical family, and his father was a very well-known saxophone player who was very serious about his music. Dave fell right in line when it came to being serious about music. He’s a great drummer to this day but also has some keyboard and harmony skills. Although Dave was just a little bit older than the rest of us, he was always a friend, teacher and mentor for the band. He would come to rehearsals and would teach us about harmony and show us how do horn arrangements. I know Johnny learned a lot from him as a drummer and we all just respected the heck out of him.

He actually wrote the A side of one of our 45s – the name of the song was “Now That You’re Back.”

Here’s a funny story (although at the time I didn’t think so) about when we were in the finals of the battle of the bands at the Teenage World’s Fair. The last day of the fair culminated with the final bands competing against each other, so it was a very big day for us. Unfortunately, two of our members had gone waterskiing that weekend (yes, believe it or not, waterskiing). Something happened to their boat and they couldn’t get off the island that they were camping on, and could make it back in time to perform at the battle.

There were no cell phones or any way of getting in contact with each other at the time, so from my perspective they just didn’t show. I was absolutely going out of my mind because this was the biggest battle of our lives, and two of the band members were not there. I could not believe it.

David had come to the finals as a spectator and luckily, we had everybody’s clothes in our equipment trailer. Even though Dave was a drummer, he knew enough on the bass and about our show to step in as our bass player for the battle. So here’s poor Dave, coming to be a spectator, and the next thing he knows he’s on stage. We went with him as our bass player and one horn player short.

Just like in a movie, the odds were so against us that I thought there was NO WAY we could possibly pull that one out. Of course, to my unbelievable surprise we were announced as the winners!

Truly, if Dave had not been there that day, we would not been able to even compete and I really think it would have made the story of the Nitecaps very different. Anyone reading about us here on this website can see that winning this particular battle changed our lives forever.

Dave is still with us and still a great friend. He lives in Las Vegas and still plays music; I just saw him recently in a tribute to Frank Sinatra’s big-band show.

Needless to say, Dave, all of us in the Nitecaps are thankful for your contribution.