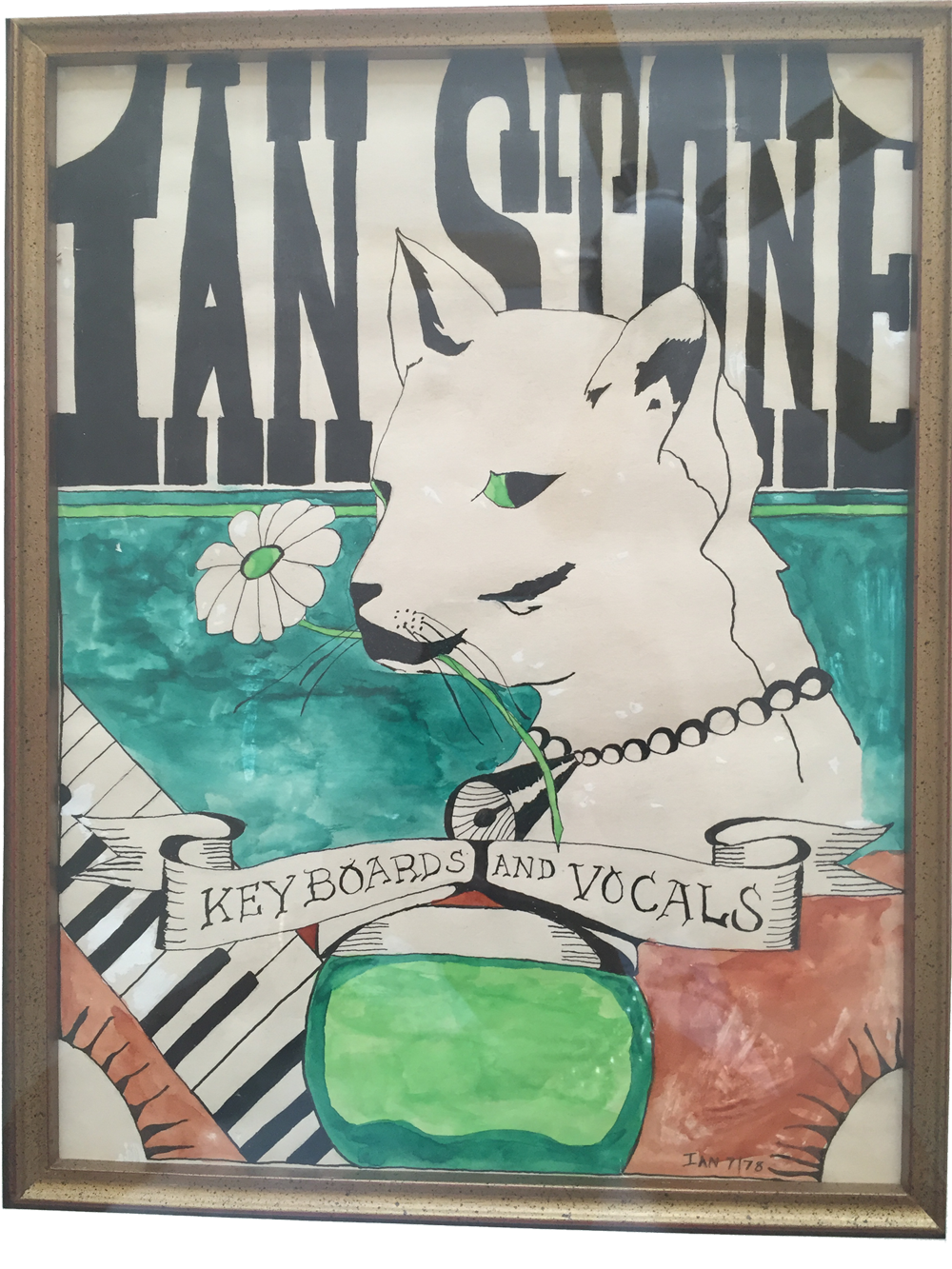 Ian painted a self portrait of himself represented by a cat. Thanks to Debra Zink-Brody for sharing the image.

When the time came that the Nitecaps needed yet another keyboard player, Bob and Butch came to me asking if Rick Panell could audition. Rick had a physical limitation, and since I had never heard him play and I had known him as a little kid, I had some reservations. The moment he started playing, any doubts were nixed immediately. I knew he could do it and so did everyone else in the band. Ian became our next and final keyboard player until the Nitecaps disbanded.

Despite his limitations that involved restrictive manipulation of his hands and arms, Rick was also born with God-given great talents, both as a singer and a keyboardist. He played piano and organ parts in a very unique way. He compensated in a way so that when he played chords, they were closely connected conversions. In the end, his style turned out to be really interesting musically and totally fantastic! Truly musically gifted. I’m sure that any instrument that he had chosen to play, he would have played well.

After the Nitecaps, some of us moved on to a group called the Loose Ends which was then shortened to Loose. Rick was one of those players. While in that group he changed his name legally from Rick Panell to Ian Love Stone, and he went on to become a legend among many of us local musicians. Even after the band disbanded, he continued to sing and write music collaborating with many of us. His music was tremendous.

He went on to college, got his degree and was moving forward to further his education at San Francisco State University to become a social worker. That all came to an abrupt and sad halt when he tragically developed cancer and passed away at the age of 43.

I feel that I’ve met many talented people through the years, especially after I became a vocal instructor. Ian truly was a one-of-a-kind and his talent was as large as any of the most famous we know today. He should’ve been a Janice Joplin or a Jimmy Hendrix or Stevie Wonder with the kind of talent he had. His talent was that large and he will not be forgotten.